After 2 Years At A Shelter, 11-Year-Old Pit Bull Gets Her Own Billboard

Sally Sue has the sweetest face and the silliest personality. The 11-year-old Pit Bull has spent almost two years in a shelter, but she still doesn’t have a family to call her own. She has been staying at the Always & Furever Midwest Animal Sanctuary since early 2020, and while she loves the shelter staff, she longs for a home.

Thankfully, a kind soul has decided to help increase Sally’s chances of adoption. Scott Poore, who runs the animal organization Mission Driven Goods, bought a billboard to advertise Sally. He hopes that the people driving by will be encouraged to adopt after seeing this adorable advertisement.

Poore’s company sells pet-themed products to help raise money to find homes for long-term shelter dogs. His latest mission was gathering funds for a billboard space, which is located on I-35 in Mission, Kansas. The shelter is located just outside of Kansas City, Missouri. The dog that Poore felt deserved a spot on the billboard was Sally Sue.

“On social media, we tend to promote the same story to the same people. A billboard, especially on I-35, it’s going to get thousands of views,” said Poore.

Sally came from an abusive situation, but despite everything, she’s incredibly loving. She has a few special requests, such as a home with no other pets and no young children. Yet, she gets around well for her age and is still very playful. So, she will make some family very happy.

Poore plans to keep raising money to rent the billboard for as long as he can. Once Sally gets adopted, he’ll update it with a new dog that needs a home.

Mission-Driven Goods and Always & Furever Midwest Animal Sanctuary both post a lot of adorable photos and videos of Sally, proving that senior dogs are the best. Sally is always full of so much love, and she deserves her happily ever after. Senior dogs are often the most loving dogs who just need a comfortable place to live out the rest of their lives, so more people should take a chance on them.

“All we need is that one right person to go by, make eye contact with the billboard, and we’re saving another life,” said Poore. “The goal is to find her not just a home, the perfect home. As quickly as we do that, move onto the next shelter pet that deserves to be up there.”

If you’re interested in giving Sally Sue a loving forever home, fill out an adoption application. You can also see updates about her on the shelter’s Facebook page. Imagine how excited the sweet Pit Bull will be to finally get adopted!

5 Things to Look for When Purchasing Custom Pet Portraits 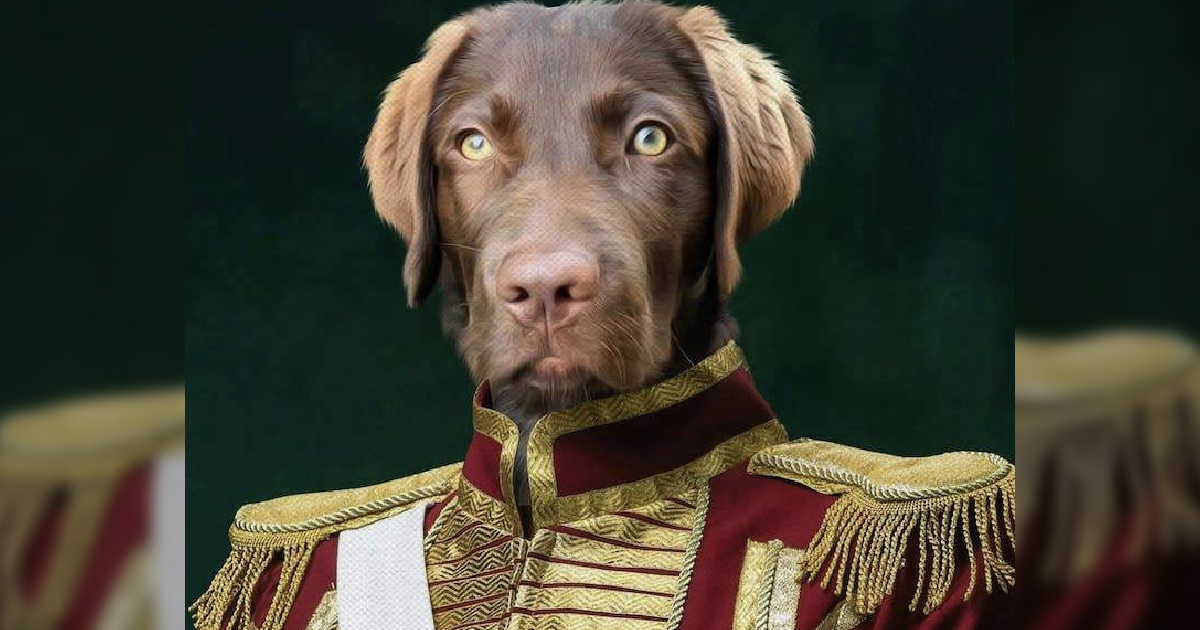