iHeartDogs works closely with Greater Good Charities by donating part of each sale to their various charity efforts. One of these programs, Rescue Bank, works to donate quality dog food to shelters and animal rescues in need. Some organizations could not run without kind donations like this, so by supporting us you’re making happy endings like the ones below possible!

As a puppy, Harley often spent about 20 hours a day in her crate. Her family didn’t realize the amount of time and effort caring for a puppy takes, and a new job and a baby made things even more challenging. Ultimately, they surrendered the Lab/Shepherd mix to Refurbished Pets of Southern Michigan in Coldwater.

RPSM found Harley a foster home, as the foster-based organization partners with shelters but has no facility. Soon after that, she entered the prison training program at Lakeland Correctional Facility. These programs benefit both the dog and the inmate tasked with training them.

Dogs in RPSM’s Correctional Companion Program spend 10 weeks with specially vetted and trained inmates at Lakeland Correctional Facility who are responsible for their daily training and care. With their inmate partners, these dogs learn basic obedience as well as confidence. The inmates in turn are given responsibility and a chance to spend time with a dog.

Essentially, the dogs and the inmates rehabilitate each other. Entering this program meant a puppy used to spending her days in a crate would learn to take on the world.

After she graduated the Correctional Companion Program, a wonderful couple adopted Harley. Harley’s adopters reached out to RPSM with an update. She has apparently really come out of her shell, revealing her sweet and curious nature.

“Her very favorite thing is to sit at the window and watch the horse and the squirrels.” 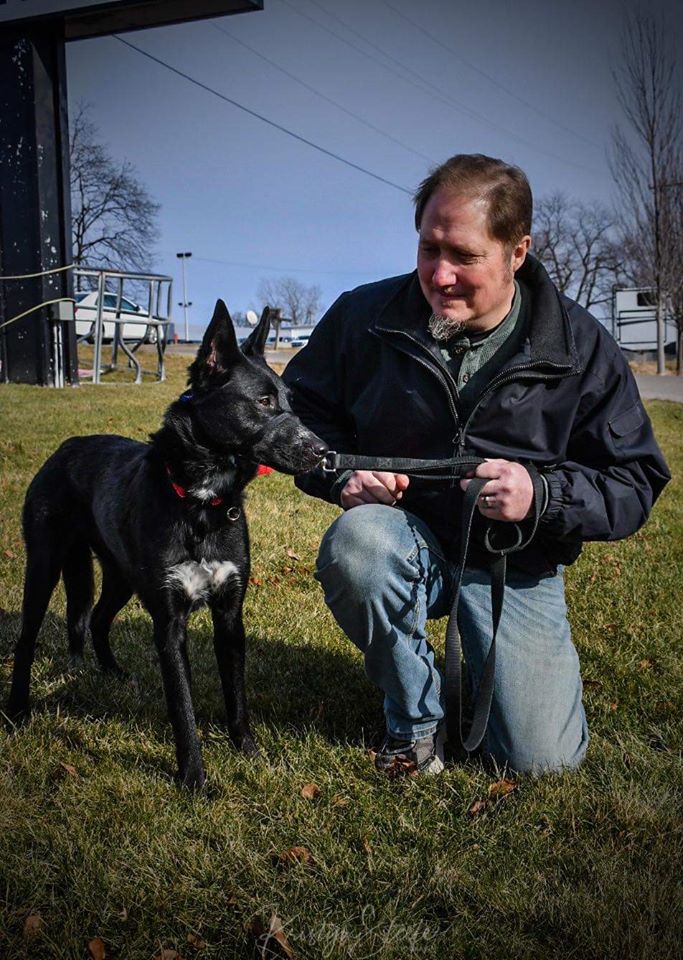 Even though one family had to give her up, Harley has all the love of a new family, and she deserves it.

Rescue Bank And Your Impact On This Story

As a beneficiary of Rescue Bank, Refurbished Pets of Southern Michigan receives pet food from the Detroit affiliate. The money these food donations save the foster-based rescue allows them to rescue more dogs as well as continue to pair them with inmate trainers.

“RPSM is grateful for the assistance from the Detroit Rescue Bank, as they provide food and treats for the dogs both in foster care and in the prison program. Funds allocated by the rescue for food can then be used for other essentials such as medical care for the dogs and supplies needed by our fosters.”

Basically, Rescue Bank works on a national food bank model. When nutritious pet food nears its “best by” date, has minor packaging defects, or is being re-branded, manufacturers will donate that food to Rescue Bank. Then, Rescue Bank makes food grants to community-based animal welfare groups.

When you shop eligible products on the iHeartDogs.com store, you’re funding this program so more dogs like Harley can have second chances! Thanks for your help.

The following products provide quality dog food for shelters and rescues, helping them reserve more of their precious funds for medical expenses, supplies, and spreading the word about their adoptable pups. Learn more.