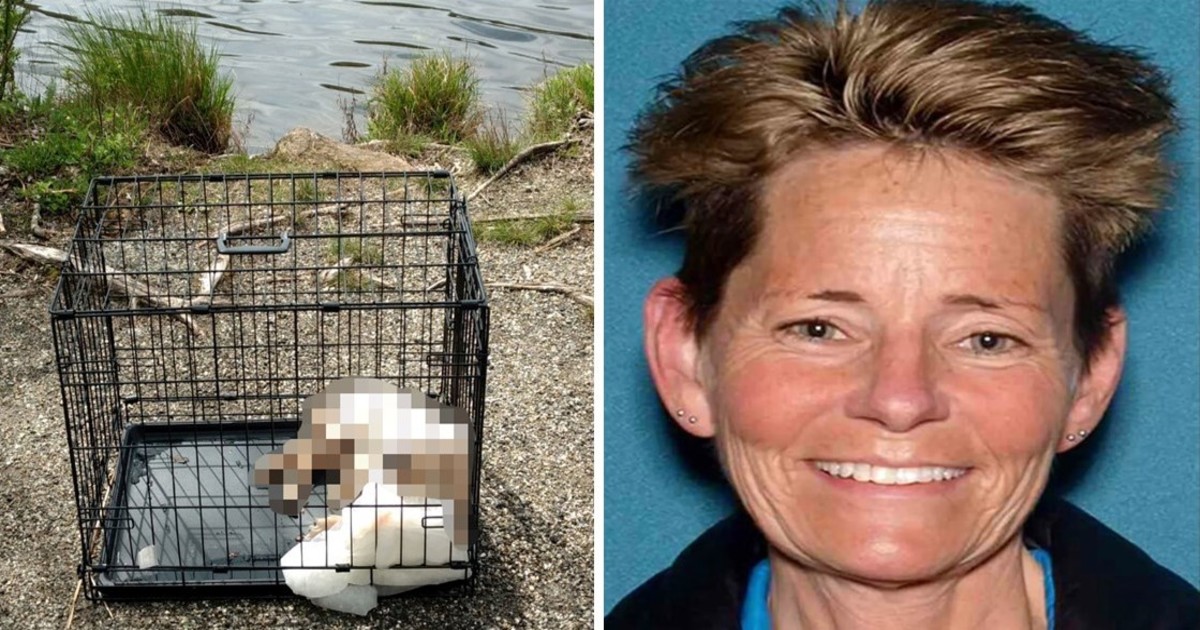 Warning: Content and photos may be disturbing to some readers.

A woman in New Jersey has confessed to drowning her puppy by locking her in a cage and dumping her in a river. The suspect says she “panicked” when the dog became ill.

Last week, 49-year-old Tonya Fea of Jefferson Township, New Jersey, pled guilty to charges of animal cruelty and told authorities she killed the ailing puppy because she was afraid of potentially expensive vet bills that would come with caring for a sick animal, according to NorthJersey.com.

On April 30, 2019, Fea took the 10- to 12-week-old Golden Retriever to a pond in Milford, put her in a cage, locked it, and then weighed it down with a glass vase to keep it submerged.

The dog had been sick, and though initially, Fea said the dog was dead at home the morning of the incident and that she was trying to dispose of the body, she later admitted to knowing the animal was still alive when she put her in the water.

The incident garnered a good amount of attention when it happened, but the culprit did not confess until last week.

In the meantime, The Last Resort Rescue took up the cause, naming the puppy “Jenny,” and collecting money as a reward to anyone with information leading to the arrest of the perpetrator.

She was apprehended. Thank you everyone!
REWARD is $12,000!!! and will be given to the parties that the police determined responsible for calling in the crucial information leading to the arrest. No more donations will be added to the reward amount.

It’s unclear what break in the case led to the arrest. And though nothing about this story makes us “happy,” we are relieved that this awful animal abuser has been apprehended.

The Passaic County Prosecutor’s Office has asked that Fea serve 180 days in jail followed by 5 years of probation. She’d also do 100 days of community service. And thankfully, won’t be allowed to own a dog ever again.

In her first court appearance, Judge Marilyn Clark asked Fea why she panicked.

Fea didn’t answer the question directly, allowing her attorney to respond for her. Her sentencing hearing is set for October of this year.

If you need to report an incident of animal cruelty, you can visit PETA’s online reporting portal or call them at 757-622-7382 after reporting the abuse to local police.

Abandoned Dog Chews Off Own Leg As A Last Resort