iHeartDogs partners with Greater Good Charities and donates a portion of profits to the causes they support. Greater Good’s Rescue Bank is one of the causes. It gives quality dog food to shelters and rescues, allowing them to use their own money for other aspects of the animals’ care. Every time you purchase products from the iHeartDogs store, you’re helping dogs like Talon get a second chance at life!

Talon is a Great Pyrenees mix that weighs over 100 pounds. His human in Alabama fell ill, so they surrendered the gentle giant to Saving Pyrs in Need, Inc (SPIN). But as it turns out, Talon was also ill, making it hard for him to find a new home. Vets later diagnosed Talon with megaesophagus, which means his esophagus malfunctions. Instead of pushing food into his stomach, his esophagus causes him to vomit up a slimy mess several times a day.

Of course, this unfortunate health concern made it hard for someone to consider adopting him. He later developed aspiration pneumonia on top of his other condition. He was so uncomfortable and sick all the time that rescue volunteers feared they’d have to put him down. 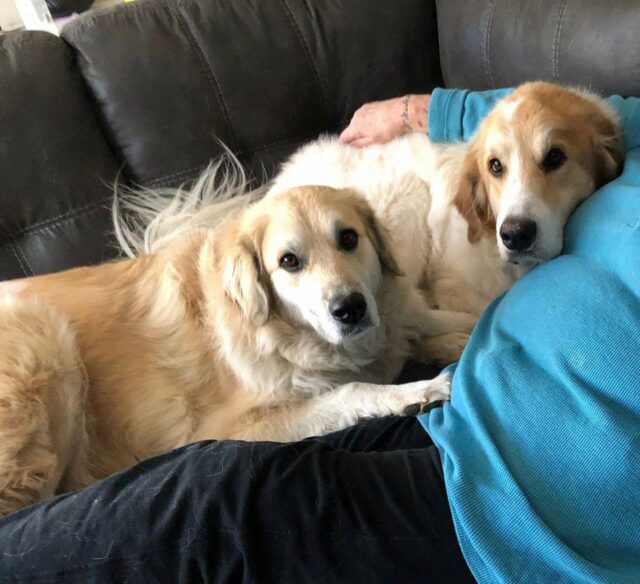 Luckily, after his diagnosis, SPIN connected with a group of dog lovers who are dedicated to finding homes for dogs with megaesophagus. They showed SPIN how to help Talon live his best life.

SPIN quickly learned that the best way to feed Talon was to use a Bailey chair, which allows him to sit upright while eating. So, the rescue asked for donations to help them purchase one for Talon. Many generous donors helped come up with the funds to give him a chair, which greatly decreases the number of times he vomits. A few months after Talon received his Bailey chair, he was adopted! He now lives in Wichita, Kansas with his new mom, her two grandsons, and a canine companion that he was once fostered with. SPIN provided the family with Talon’s Bailey chair and his special blue bibs. Despite him needing more unique care than most dogs, his humans are dedicated to giving him as much love and support as possible.

Rescue Bank saves SPIN from spending thousands of dollars a month to feed about 60 dogs in foster care. Donations are the rescue’s only income, so with the food costs covered, they can focus more on fundraising for medical needs, like in Talon’s situation. Every item purchased from the iHeartDogs store helps feed dogs like Talon. So, thank you to all the heroes who have purchased products to save shelter dogs! 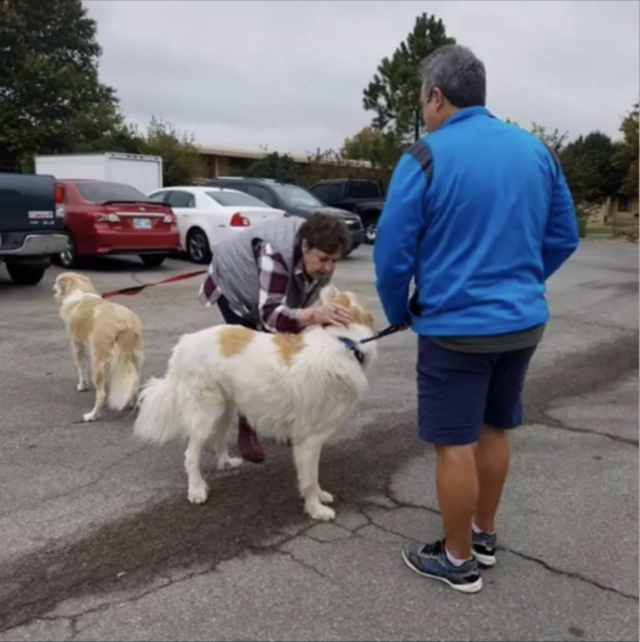 The following products provide quality dog food for shelters and rescues, helping them reserve more of their precious funds for medical expenses, supplies, and spreading the word about their adoptable pups.